Great article from DIGITAL TRANSACTIONS magazine. A succinct and true account of what's happened over the past 16 months.

With less face-to-face sales in 2020, merchant acquirers quickly adapted to other selling methods. Some of these methods will stick around.

The Covid-19 pandemic has become known as the catalyst that gave contactless payments the adoption rate it once struggled to achieve. Now, a similar transformation appears to have happened in merchant acquiring.

As restrictions went into place last year, one sales method was quickly halted: face-to-face. But other methods, such as online and social-media marketing, gained importance. The question today is what methods seem like they will stick around once this pandemic—we can all hope—has been cocooned as a bad memory?

There’s no doubt the industry adapted how it tries to reach merchants. “From a merchant-acquiring standpoint, how they’re getting into some of these merchants, things have definitely changed,” says Jared Drieling, senior director of market intelligence and insights at The Strawhecker Group, a research and advisory firm.

For example, when the pandemic emerged last year, it changed how Paysafe went to market, says Afshin Yazdian, chief executive of U.S. acquiring for United Kingdom-based Paysafe Group. “We really focused a lot of our attention, especially in the early days, on improving our infrastructure,” Yazdian says.

For Drieling, from his perspective at Omaha, Neb.-based Strawhecker, one of the big changes was the use of advertising and marketing through online channels, such as social media or developer platforms. “Probably most important here is that face-to-face selling changed quite a bit,” he says.

That’s where the advertising came in, Drieling says. Acquirers sought channels where merchants were. Payment companies like PayPal Holdings Inc. advertised on consumer outlets. As many bought paid search ads on Google, the importance of that channel increased, as did securing social-media advertising.

It was unheard-of decade or so ago for payments companies to buy national advertising spots or space, Drieling says. For many, Square Inc. might have been the most prominent payments provider seen in business-to-consumer advertising. “Typically, they’ve never heard of anyone but Square,” Drieling says of small businesses.

Paysafe’s marketing plan was retooled in 2020 to reflect the new way of selling, Yazdian says. “People were online more because they were at home,” he says. While merchants may have sought out its services, many months of the pandemic necessitated a reactive approach.

“We definitely enhanced our entire online-marketing campaign, but the focus was not that different from what we would have done,” he says.

Yazdian joined Paysafe in the throes of the pandemic in July. His goal was to simplify various aspects of how Paysafe does business and to improve the customer experience.

On the merchant side, that translated into revamping the merchant application to enable quicker potential onboarding. It also meant adjusting the product mix to reflect merchant interest in mobile ordering, managing customer queues, and stronger reservations capability, Yazdian says.

The merchant-application review started with Paysafe staff learning what the experience was like to apply for a merchant account with the company, Yazdian says. To make the application shorter without increasing risk, Paysafe beefed up its automatic underwriting capabilities and boosted its risk teams, he says, adding, “It was a necessity.”

Paysafe also created an online portal that made it easier to access the application and used terms were that were more mainstream.

That also meant adding more self-service tools, something especially useful for small businesses that might lack dedicated information-technology staff or budgets. And Paysafe revised its customer-service approach with a new phone system that resulted in more direct pickups of calls.

Ideally, when a merchant calls Paysafe a human will answer the phone, Yazdian says. “From a direct [sales] experience, it was about the customer experience,” he says.

In the independent sales-agent channel, it was much of the same. While some focused on face-to-face sales, Paysafe helped them gravitate to phone or online channels, Yazdian says. Again, the merchant application was shortened by asking for less information up front. “All in all, our sales teams adapted incredibly well,” he says.

The self-service notion, which many business owners became accustomed to as consumers when confronted with setting up their own mobile devices or activating an Internet service, extends into payments. Installations that used to be made with an on-site visit were adapted to meet the restrictions.

Many cloud-based point-of-sale system providers already used that model, but the pandemic prompted many others to adjust their processes.

“Think about how these cloud-based POS systems have been touchless from a maintenance standpoint,” Drieling says. “They can be upgraded through the cloud.” That means merchants don’t have to pay for a technician to make an on-site visit, he says.

One trend that gained more ground was the adoption of a consultative sales approach, says John Jakobe, market intelligence manager at Strawhecker. “A lot of providers have seen the value of integrated payment providers,” Jakobe says. “They have seen them become a sales channel.”

It was happening prior to the pandemic, but the crisis sped up the shift to software companies having the conversation about payments in many instances. Payments originating from the software channel have grown at a rate of approximately 300% since 2017, outpacing most traditional channels by almost two to one, according to Strawhecker’s Acquiring Industry Metrics database.

Prior to the pandemic, many payment providers sought merchants not only with face-to-face meetings, but by attending trade shows for various industries to meet merchants and developers catering to their segments. “That is no longer an option,” Drieling says.

Now, many providers now will hire a firm like The Strawhecker Group to develop lists of prospects. “I get the feeling going forward we will see much heavier emphasis on the digital elements,” says Drieling.

While it may be too early to know if face-to-face interactions will return to pre-pandemic levels, Yazdian believes a hybrid model will develop. “The general population enjoys face-to-face conversations,” he says.

And, in financial transactions, some level of face-to-face interactions will be prevalent. “But the efficiencies we created during this process, like how quickly we can onboard, will continue to enhance that,” says Yazdian. “I do see face-to-face coming back to the market. The process will be faster, cleaner, and more succinct.”

That mirrors Drieling’s position. “It won’t ever go away completely,” he says. Large enterprise merchants in particular value these type of interactions. They have large, complex payment systems and some merchant categories, like petroleum or the airline industry, are extremely complex he says.

But for less complex merchant segments, more focus on online sales and advertising may be here to stay. “Social media in itself, not only for the advertising, but direct selling, is becoming extremely popular,” Jakobe says. “They will continue to be a large sales channel.”

That can include third-party social media sites or a company’s own Web site, among others, he says. Because so much data can be collected online, highly targeted advertising can be used to potentially reach merchants.

Whatever the size of the merchant, acquirers of all sizes have faced significant changes in how they find them. Some were already in the works prior to the pandemic, but other changes got a boost. “Covid caused us to move a little bit faster on doing things,” Yazdian says. 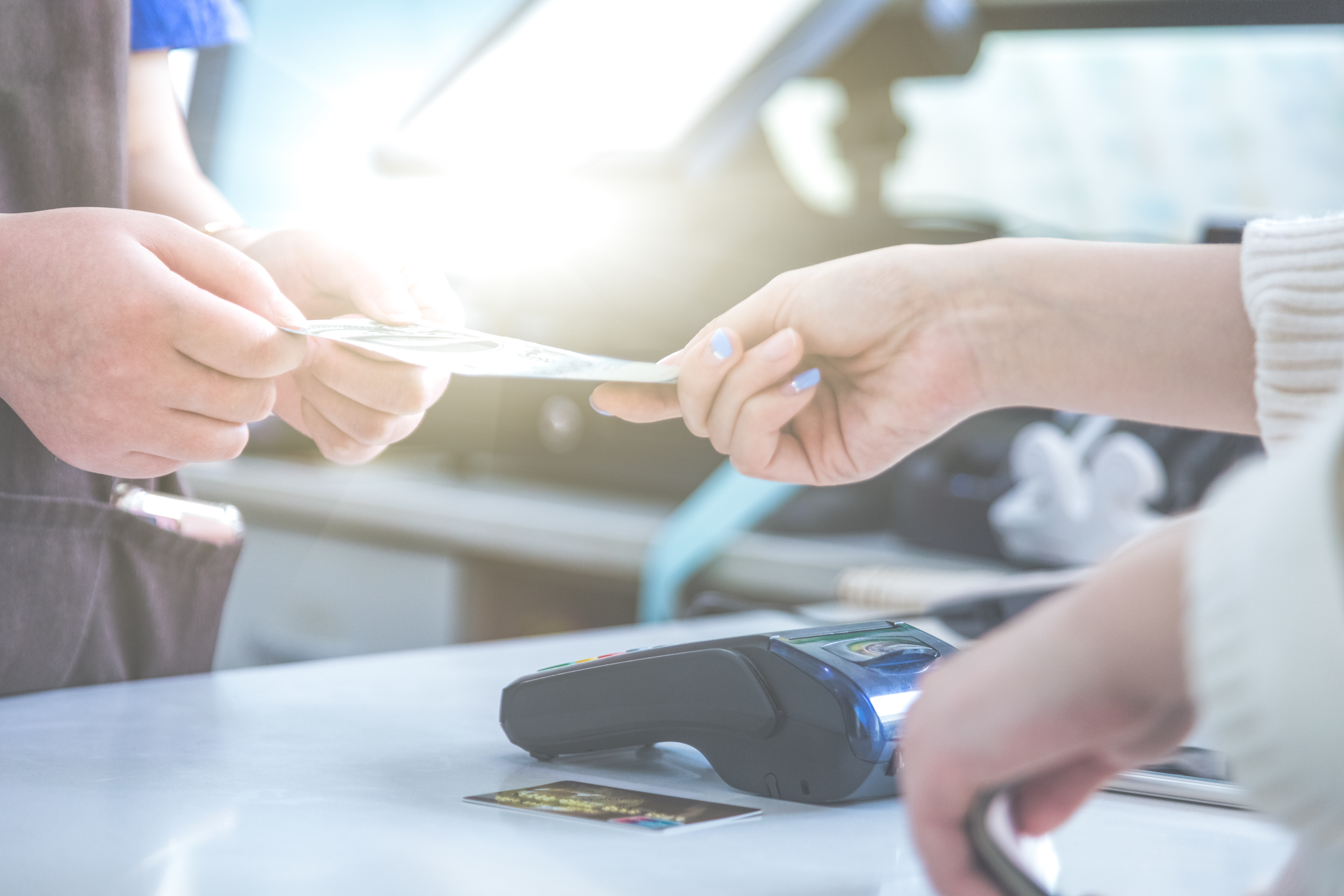 WHY DO I NEED A CREDIT CARD PROCESSOR? 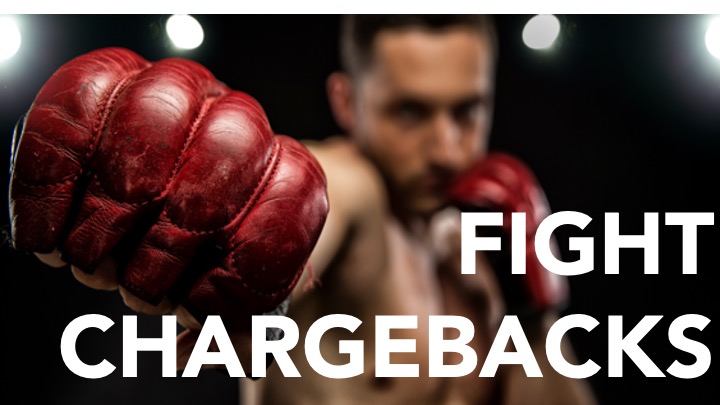 In the past few years chargebacks from customers against merchants have increased dramatically. Here are the top questions asked: